I know what you’re thinking. My pun game is on point.

For having the first weekend without football since August, the past weekend still delivered with plenty of drama not having to do with Sochi. Instead of worrying about Peyton Manning’s legacy and the eventual Dynasty in Seattle (which won’t happen unless Seattle’s owners are ready to spend a few hundred million) this weekend proposed the topics of sexuality and racism. Not you’re typical weekend in sports.

Jackie Robinson broke the color barrier in Baseball, The Texas Western Miners (Known as UTEP today) started 5 black players in the 1966 NCAA Championship game, Title IX allowed everyone to play a game. All these things are defining moments in sports that changed how we view them today. Sunday night, Michael Sam joined the list.

This day was inevitable. Whether it was a man or woman, it was going to take a special human being, a courageous one to come out to a public that is still trying to learn how to accept homosexuals. It just so happens All-American, SEC Defensive player of the Year Michael Sam of the Missouri Tigers is about to be  the first man in professional Football (or sports currently) that is openly gay.

While the past 24 hours this topic has been covered non-stop including interviews with Sam himself, teammates and Mizzou football coach Gary Pinkel,  the story of all this is still astounding. Sam told his teammates he was gay in August and like any real team does, accepts every teammate on that team. During the Tigers historic season including reaching the SEC Championship game in just their second year in the SEC and a Cotton Bowl victory, not one word was said about Sam to any media outlet. His teammates respected him for who he was, looked past it and won a dozen football games, a feat few did this season.

Coach Gary Pinkel and the rest of the team could have seen this as a huge distraction, but the acceptance and the class act to keep quiet is hopefully the beginning of accepting gay athletes in professional sports. But in an interview with ESPN, Sam explained how being gay was not a worry for him, considering what he had to deal with growing up.

Sam watched his older brother die from being shot, he never met his older sister because she died in infancy. His second oldest brother went missing when he was young, he was the last to see him. And his two other brothers are currently in jail and have been in and out since he was in 8th grade. Michael Sam has been through things that would break down people to the core, yet he became a dominant Defensive end in College Football’s pound for pound best conference. Being the first openly gay man in the NFL is the least of his worries it seems.

Many “anonymous” NFL GM’s or executives have gone on record saying they’re not ready for a gay NFL player on their team for many years, others saying it would create unwanted distractions.  Yet for the one team who decides to look past what Sam has announced and read between the lines of all the adversity this man has overcome to being an NFL hopeful, may find themselves a hell of a football player.

Personally, it doesn’t matter nor should it matter what your sexuality is or who you are attracted to, if you can ball, you got a spot on my squad, props to you Mr. Sam. Best of Luck.

This story caught my attention because it unveils a dirty truth that we still have a blind eye to, or we just want to forget about it. Racism in sports. You especially hear it in European soccer. Serie A, Italy’s premier football (soccer) league  has dealt with this for quite some time now, superstars like Robinho and Mario Balotelli, who both play for AC Milan, still continue to hear monkey chants and racist jokes thrown at them when playing in certain parts of Italy. Racism is still a real thing in sports, even if you thought we moved past it, we’re far from doing that, evident of Saturday night.

Marcus Smart is one of the most cerebral, athletic and talented College Basketball players of the past ten years. He will be a top five pick in the upcoming stacked draft this summer, or least he should be. There are only good things to say about Marcus Smart until he did something not so smart Saturday night against Texas Tech.

After making what you would call “an effort play” Smart went flying into the stands behind the basket, a normal thing in any basketball game. Down 61-63 in the heat of a game, a struggling, yet talented Oklahoma State team needed to get back on track, Smart lost his cool:

At first glance it seems that Smart was angered by how the game was going, his team losing to a team that is not the caliber of Oklahoma State. Then reports started coming in on what prompted Smart, a cool-mannered guy, to push the fan. I’m sure you could guess, it was the N-word.

First off I have to ask, what did Marcus Smart do to deserve one of the most degrading words in the English language? If this hurts Smart’s draft stock because he was suspended for 3 games and gives him a bad wrap as a “thug” then I’d be stunned. Athletes, especially in College hear things yelled at them all time from fans who think they know who these guys are and know the game better than they do. This was just another case of a fan who went too far and didn’t deserve to be pushed, he deserved one right between the eyes.

This will light a fire under Smart and his teammates moving forward, in all honesty, I’m surprised he didn’t do more than just push. If his teammates had heard, the whole team might be suspended right now because any teammate will back up another on any given day, that’s just what you do. Now yes, you shouldn’t let anything get to you as a player but in this case I’m on Smart and Ok.State’s side right now, that word doesn’t have a place in sports or in society, period.

Even more saddening is Texas Tech apologized for their own fan, not the fan himself. 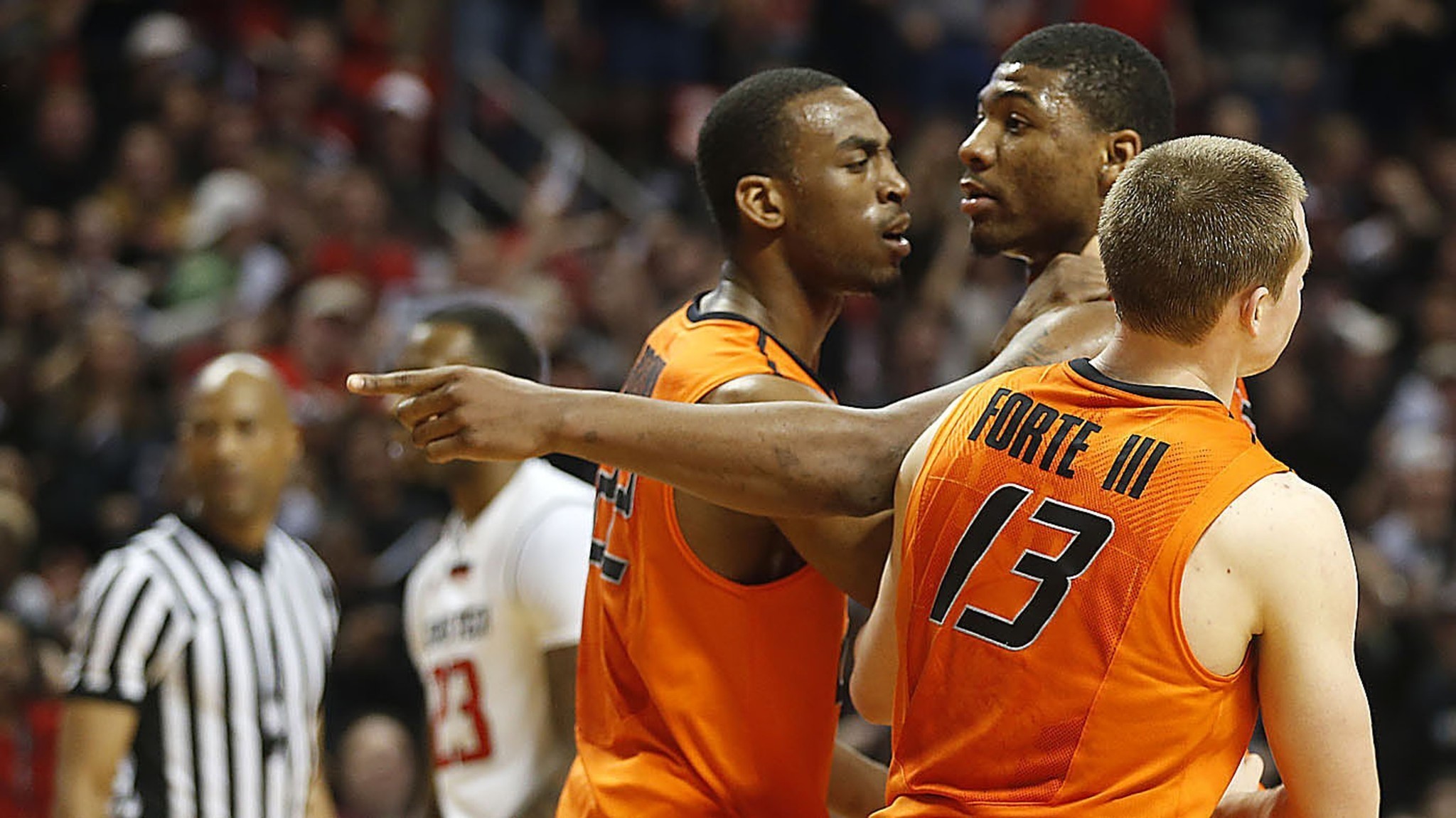 2 thoughts on “Sam I am and Not so Smart”

Go ahead, test me... Cancel reply

Get to know the Goat